A difficult year that ended on a happy note

2022 was a busy year for iCS and for all of Brazilian society working on socioenvironmental causes. In the end, however, there was a victory for democracy and all our hopes have been renewed

2022 was a busy year for iCS and the climate sector. Together with our partners and grantees, we faced a series of challenges due to the oppressive and adverse environmental policies of the government of Jair Bolsonaro, who was serving his last year in office. In the first quarter, we had some good news, such as the approval of the Bill that updates the National Policy on Climate Change, the reversal of the injunction by Justice Rosa Weber, of the STF, of the dismantling taking place at Ibama and the annulment of the project of one of the largest coal mines in the country. However, there were also many setbacks, such as the information that the Amazon, in 2021, experienced its worst year of deforestation in a decade, or that the electricity bill consumed more than half of the income of 46% of Brazilians.

In the next three months, we saw the Federal Supreme Court (STF) enter historic votes involving the environmental agenda, the approval of new targets for the energy efficiency of air conditioners and the approval of the Kigali Amendment in the Chamber of the Deputies. At the same time, we monitored the setbacks in the Brazilian NDC (Nationally Determined Contribution to the Paris Agreement) and the discovery that, over the last 22 years, the air pollution in São Paulo was above the levels recommended by the World Health Organization.

The second semester began with the STF ruling that the Paris Agreement is a human rights treaty in Brazil. We also found that the in the coming years, and we are carefully keeping track of the largest celebration ever held for Amazon Day in the history of the country. Remember the Kigali Amendment? It has been ratified in the Senate! During these months, important platforms, surveys and actions throughout Brazil have shown the importance of voters and candidates placing the Amazon at the center of the electoral debate – and even more: they have highlighted that Brazilians want to protect the forest and that they believe in the social and economic development of the standing forest.

This made the difference in October, which was the month of the most important elections since the end of the military dictatorship. A national wave of democracy elected Luiz Inácio Lula da Silva president of the Republic for the third time, resulting in an end to the government of environmental dismantling and the restriction of humanity. With the election came good news, such as the reactivation of the Amazon Fund and the re-creation of the Ministry of the Environment, which included Climate Change and is headed by Marina Silva. The Ministry of Indigenous Peoples was created, which offers a historic weighting to those who best protect nature and the forests.

The year ended on a high note, with COP27, in Egypt, which was the first held in Africa. If not for the negotiations that presented a final text with some advances and some setbacks, then for the success of the Brazil Climate Action Hub, which once again guaranteed a space for the  pluralistic and fair debate involving all Brazilian society. This space, incidentally, held the first official meeting between the president-elect Lula and Brazilian society, in which the voices that have been silenced in the last four years in the Federal Government were attentively heard by the head of the national executive.

None of the reported achievements would have been possible without the tireless work of our grantees, partners and friends, to whom we are deeply grateful. Difficult news also always exists, but in order to transform this into good results there is an enormous contingent of diverse minds, with whom we will continue our struggle. 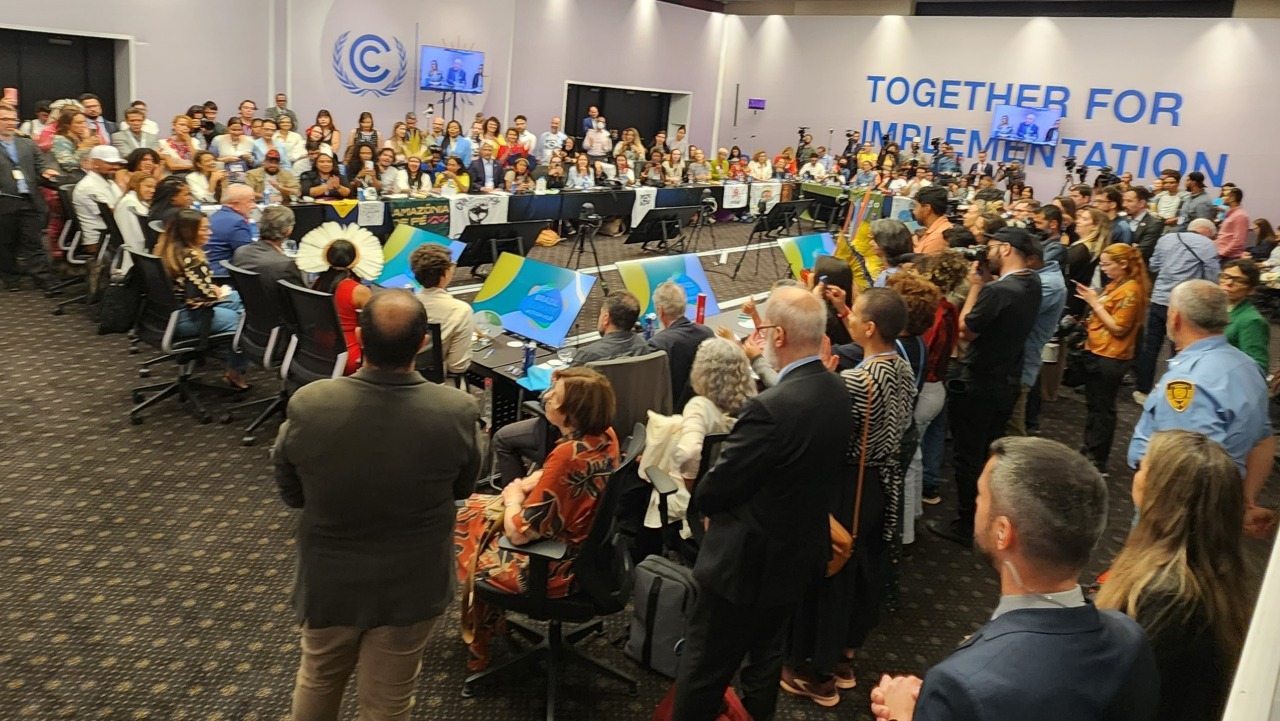