Among the 30 most violent cities in Brazil, 10 are in the Amazon

The analysis was carried out by the Brazilian Forum of Public Security and was supported by iCS. The basis was the cases registered between 2019 and 2021, which reinforces the violence that is present in the territory 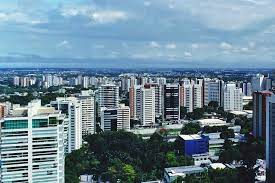 A survey made by the Brazilian Forum of Public Security, with support from iCS, shows that the Amazon has 10 of the 30 most violent cities in Brazil, based on the cases registered between 2019 and 2021. The ranking uses the death rate per 100,000 inhabitants as a reference. What is new is the inclusion of small municipalities, with a proportional calculation. The president of the Forum, Renato Sergio de Lima, told UOL that, “in just three years, you can say that violence is present in the territory. And it is the average of the last three years and not some one-off episode. Not even countries at war have this death rate. The phenomenon of violence is penetrating to municipalities with less than 100,000 inhabitants. And the Amazon is the synthesis of this framework of extreme violence in Brazil,” he adds.

Urban Amazon,Land Use and Food Systems