In 2022, there was a greater promotion of fossil fuels in Brazil

In 2021, the value of the subsidies for the production and exploration of oil and gas and for the consumption of gasoline and diesel already exceeded R$ 118 billion

In 2021, the promotion of fossil fuels in Brazil reached R$ 118.2 billion. Do you think this is a lot? Because the expectation is that, in 2022, the number will be even higher, because the PIS, Cofins, PIS-Import and Cofins import rates on fossil fuels have been zeroed. The largest subsidy for oil and gas production in Brazil comes from Repetro, which is responsible for exempting from taxes the importation and internal production of the machinery and equipment used for the exploration of oil and gas. The second largest subsidy was for the gasoline and diesel consumers. All this amidst the urgent need to reduce production and consumption, in order to mitigate the effects of climate change by reducing greenhouse gas emissions. These are some of the results of the fifth edition of the study “Subsidies for fossil fuels: knowing, assessing and reforming,” produced by Inesc (Institute for Socioeconomic Studies) with the institutional support of iCS and which was launched at COP27 Read the study in full here. 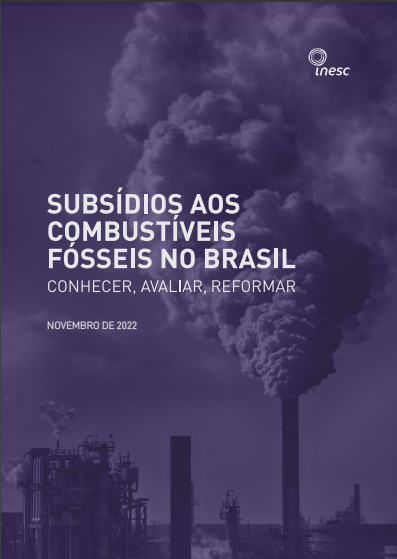