In a series of workshops, the Cátedra Josué de Castro debates the future of food systems

The meetings sought to understand ways to promote the health of the population, with the protection of the environment. The results will be presented at an event in early August

What are the strategic public policies for the building of food systems that actually promote the health of the population and protect the environment? This was the question that the Cátedra Josué de Castro of Healthy and Sustainable Food Systems at USP (University of São Paulo) posed dozens of experts during four workshops held in May. As a background, the subjects discussed during the seminar were Geography of Hunger, 75 years later: new and old dilemmas.

The meetings – organized by invitation only – sought to delve into what structural changes are necessary for us to build healthy and sustainable food systems in the light of the current global syndemic scenario – climate crisis, increase in food insecurity and, simultaneously, the worsening of chronic non-communicable diseases such as diabetes and obesity. The subjects of each workshop addressed the impacts of the current food system (1) on human health; (2) on the environment; (3) the socioeconomic inequalities and the return of hunger; and, finally, (4) how to build a State that is capable of promoting and encouraging the changes that are detected as being necessary. The results of the discussions will be presented publicly at an event scheduled to take place in early August of this year.

Before this, the Cátedra will promote the launch of the book “From hunger to hunger: dialogues with Josué de Castro,” the result of the discussions held at the seminar that celebrated the 75-year anniversary of the classic “Geografia da Fome” [Geography of Hunger] in 2021. Today’s workshops are a continuation of this process, which aims to understand the origins and mechanisms of the Brazilian hegemonic food system, which is founded on latifundia and monoculture, in order to transform it. 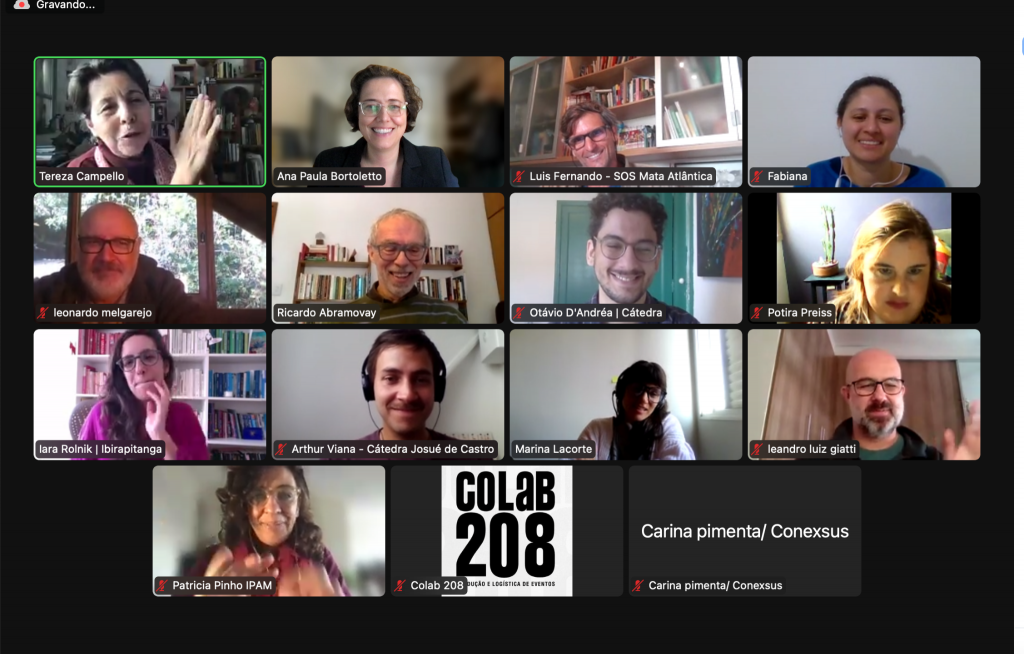 The Amazon: and what has this got to do with me?

LUPPA publishes a notice for the training of municipal agents