This was the highlight of the conversation between Ana Toni, of iCS, and Giovanni Harvey, of the Baobá Fund, in a live broadcast by Valor

Ana Toni, executive director of the Institute for Climate and Society, participated in a live broadcast by Valor, on the origin of the funds of social organizations. A new trend can boost the culture of donations in the country – in addition to financial resources, the grantees can start to provide autonomy and confidence to organizations, investing in the causes they defend.

“Brazil has several peculiarities, and what most differentiates Brazilian philanthropy from international philanthropy is the lack of incentive for Brazilian philanthropists. In Europe and the United States, there is tax exemption for the individual or company involved in philanthropy. In Brazil, apart from a few tax exemptions for sport and culture, for example, individual funders have to pay between 4% and 8% more in the grants. There is no specific legislation,” explains Ana. Giovanni Harvey, the director of the Baobá Fund, also took part in the debate.

The work of private and structured philanthropy, of social transformation and independence, are in the scope of interest of private philanthropic universities, hospitals, churches and football clubs, which hampers changes in the legislation to encourage the  NGOs that are involved in social change. 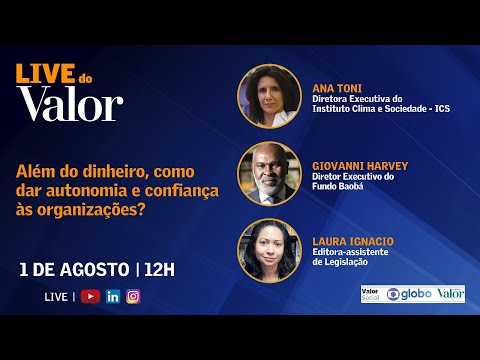