Organizations, leaders and entities that work with traditional communities met to discuss legal strategies. The STF decides that Belo Monte should have listened to indigenous people

Organizations, universities and traditional indigenous communities met at the II Meeting of the Observatory of Community Protocols of Consultation and Prior, Free and Informed Consent to discuss the protocols developed by the entities to support the communities, in order to guarantee the exchange of information between the national leaders and also representatives and teachers from Peru, Colombia and Bolivia. Read about the program here.

“For iCS, it is strategic to be here in order to monitor what our partners and grantees are doing, the networks they are involved with and how they are coordinated. It is also, because the right to consultation has been used as a powerful instrument in the judicial branch to stop some large works in the Amazon region that have not observed this right and that have not had an environmental license in the normative processing of the Brazilian legal system. It has been important, therefore, to mitigate the climate and environmental changes that would result from these projects, in the case of hydroelectric power plants and ports, if they were carried out,” explains Ciro Brito, the coordinator of the Legal Network of the Amazon at iCS.

The meeting, incidentally, preceded the decision by Justice Alexandre de Moraes, of the Federal Supreme Court (STF), who, on September 1, recognized that the right of the indigenous peoples of the middle Xingu to be heard regarding the construction of the Belo Monte hydroelectric plant was violated. “The decision denied the continuation of appeals by Eletrobrás, Eletronorte, Ibama and the government, which sought to annul the Appellate Decision of the Regional Federal Appellate Court of the 1st Region (TRF1) in an action initiated in 2006 in the Federal Court of Pará. For the MPF, the Legislative Decree 788/2005 issued by the National Congress to authorize the implementation of Belo Monte is unconstitutional because it was not preceded by a hearing from the affected indigenous communities. The decree was approved in record time at the request of the federal government and no indigenous people were consulted,” explains the MPF website. 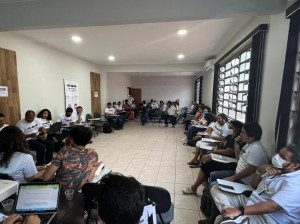 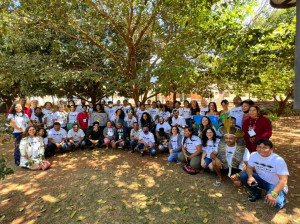