Northeast Energy Plan can generate up to 2 million jobs 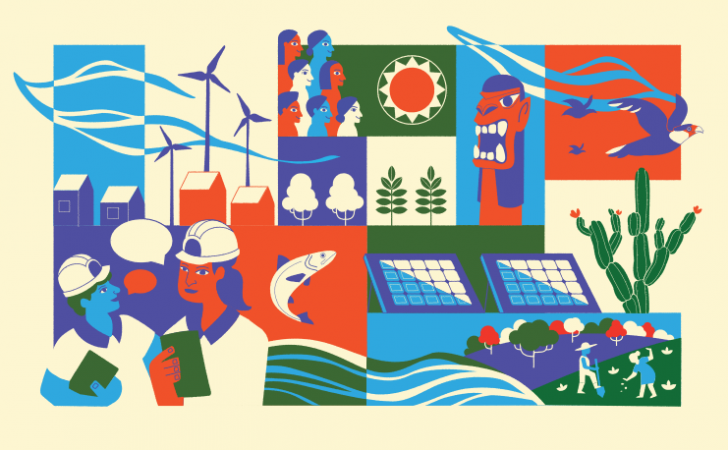 In partnership with civil society organizations, the document has recommendations and proposals for sustainable development in the region.

The “Northeast Energy Plan – More Employment, More Water and More Energy for Brazil” was launched in July and is based on the respect for communities and energy sources such as the wind, sun and water. The generation of up to 2 million jobs is forecast in the coming years. There are five priority areas: direct public management, training of manpower, social participation, distributed generation and the revitalization of the basin of the São Francisco River. The document was delivered to the president of the Northeast Consortium and governor of Pernambuco, Paulo Câmara.

In all, 66 gigawatts of renewable energy were granted to the Northeast, which is equivalent to almost five times the energy of the Itaipu hydroelectric power plant. Of these gigawatts, 34.4 GW refer to wind projects and another 28.7 GW to solar projects. The implementation of most of the grants, in addition to the growth of distributed generation, should create more than 2 million jobs. This number could increase when considering the investments in new technologies such as green hydrogen.

“The Northeast is currently undergoing significant changes. At the same time that the renewable energies are growing, it is necessary to guarantee that this expansion is carried out in an orderly fashion, with less impact and with solid foundations so that a labor market with good and qualified jobs is formed,” said Aurélio Souza, from the ClimaInfo Institute, at the launch of the plan.

The population is behind the Plan, which has a term of 12 years. A survey carried out by IPEC indicates that 64% of Brazilians agree that the green industry is the best model for the future of the Brazilian economy. For 73% of Brazilians, and 74% of those from the Northeast, the development of a green industry in the country should be a priority for the federal government and the state governments.

The investment in the revitalization of the São Francisco River is another fundamental point of discussion. The reservoirs that already exist can operate as a battery for the wind and solar sources, offering security to the national system and reducing the use of fossil fueled thermal power plants. The multiple uses of the water must be taken into consideration, with, for example, the recovery of around 3.3 million hectares in legal reserves and permanent preservation areas – which, by law, must be kept intact.

The initiative is the result of a partnership between Centro Brasil no Clima (CBC), Fundo Casa Socioambiental, Grupo Ambientalista da Bahia and the ClimaInfo Institute, with support from iCS. Read more about the Plan here!