Of the 10 cities that emit the most greenhouse gases, eight are in the Amazon

The data is included in the second collection of SEEG Municipalities, which analyzed the numbers between 2000 and 2019. Altamira, in Pará, leads the ranking, followed by São Félix do Xingu, in the same state

It is not only among the most violent places in Brazil that the cities of the Amazon appear. They are also among the highest emitters of greenhouse gases (eight municipalities in the TOP 10). This is disclosed by the second edition of the System of Estimates of Greenhouse Gas Emissions (SEEG) Municipalities, which was coordinated by the Climate Observatory and which calculated the production of the gases in the 5,570 municipalities in the country from 2000 to 2019. First in the ranking is Altamira, in Pará, with more than 35.2 million tons of carbon dioxide equivalent emitted in 20 years. Next are São Félix do Xingu (PA), Porto Velho (RO), Lábrea (AM) and São Paulo (SP). The top ten cities, combined, emit more than countries such as Peru and the Netherlands. 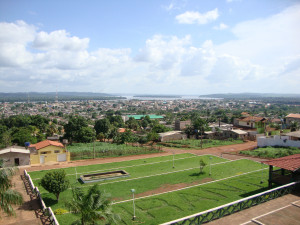 Energy,Land Use and Food Systems