Launched in 2017 by the Federal Prosecution Office, the program has the objective to hold illegal loggers in the Amazon accountable via public civil actions. The results have been limited but they can still improve

The Protect the Amazon Program was launched in 2017 by the Federal Prosecution Office (MPF) to hold illegal loggers in the Amazon accountable via public civil actions (ACPs). However, is it actually working? These questions are answered by the study “Are the courts punishing illegal loggers in the Amazon?” This was developed by Imazon with the support of iCS and published in December. By analyzing 650 judgments entered in actions up to October 2020, the document shows that the results of Protect the Amazon were limited, as follows:

However, there are promising chances that these actions will result in the accountability of the environmental offenders, based on the decisions of the second instance and also of the STJ decisions that favor the continuity of the processes.

In all, by 2020, there were 3,561 public civil actions and R$ 3.7 billion in compensation claims in nine states of the Legal Amazon. The methodology used identified “650 processes with a judgment for this study” and selected “a sample of 68% in order to identify the main arguments and the legal basis accepted by the Judiciary in the decisions of the first instance,” says the text of the Executive Summary. Also evaluated were “all the 117 decisions of appeals to the judgments of the first and second instances judged up to February 2021, as well as 13 in the Superior Court of Justice judged up to June 2021. There were no appeals to the Federal Supreme Court up to this last date.”

Read the publication in full here 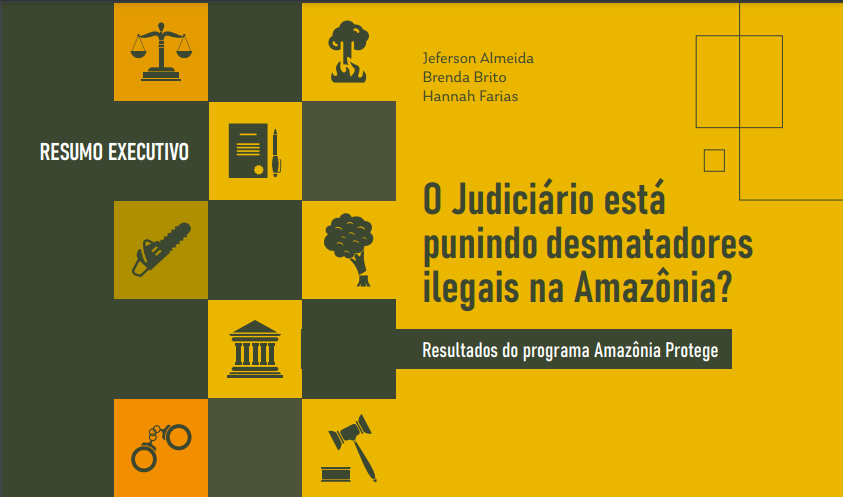