The three powers represented in the space for civil society

The doors of the Brazil Climate Hub have always been open to all civil organizations and entities, and also to members of the executive, legislative and judicial branches. At COP27, it was no different

As a space created to give a voice to civil society at the UN Climate Conferences since COP25, in Madrid, the Brazil Climate Action Hub has always been characterized by leaving its doors open to everyone, including members of the three powers (executive, legislative and judicial). At COP27, it was no different. At a single event, for example, the space received the justice of the Federal Supreme Court, Luís Roberto Barroso, and the first indigenous woman elected as a state deputy, Joênia Wapichana, who thanked the justice for the decisions of the highest instance of the Brazilian judiciary in the protection of indigenous lands.

“The problem of climate change is seen as something political and is often ignored, or there is denial about the subject, even if it is unanimously proven by the scientists. (…) In Brazil, we treat the environmental issue as a legal-constitutional issue and not only as a political issue. Therefore, the intervention of the Supreme Court is legitimized. Secondly, the Supreme Court recognized that the Paris Agreement is a type of Human Rights Treaty, which, in Brazil, has a very significant legal meaning. Because it is a Human Rights Treaty, it places this international deliberation above domestic legislation and above the administrative decisions taken by the executive branch,” explained Barroso. 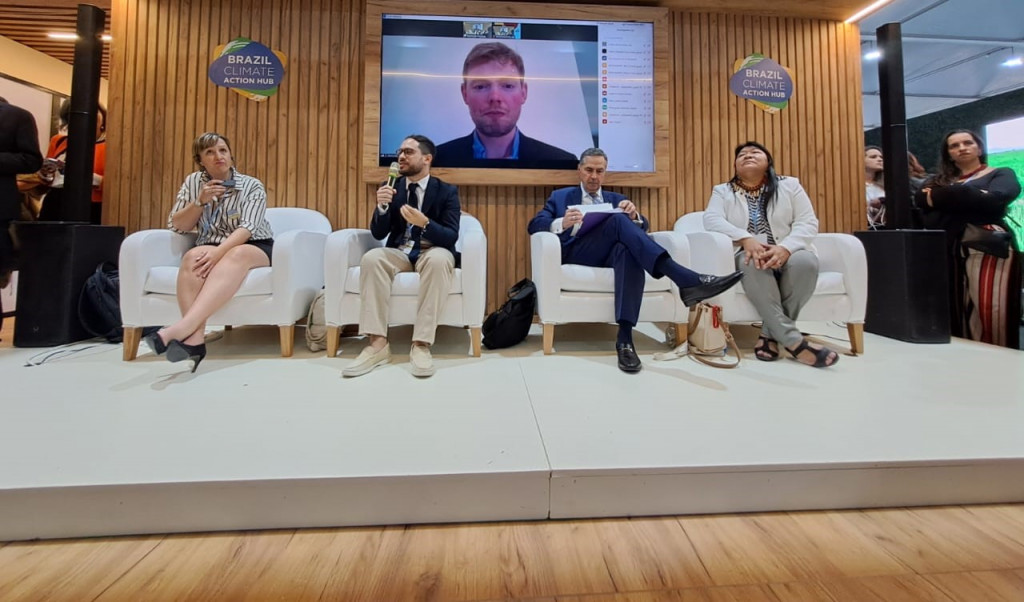 Other events, which demonstrated the plurality of the Brazil Hub, brought together the Ambassador of Brazil to Egypt, Antônio Patriota, with the indigenous leader, Txai Surui, and also the governors for the climate listening to civil society. 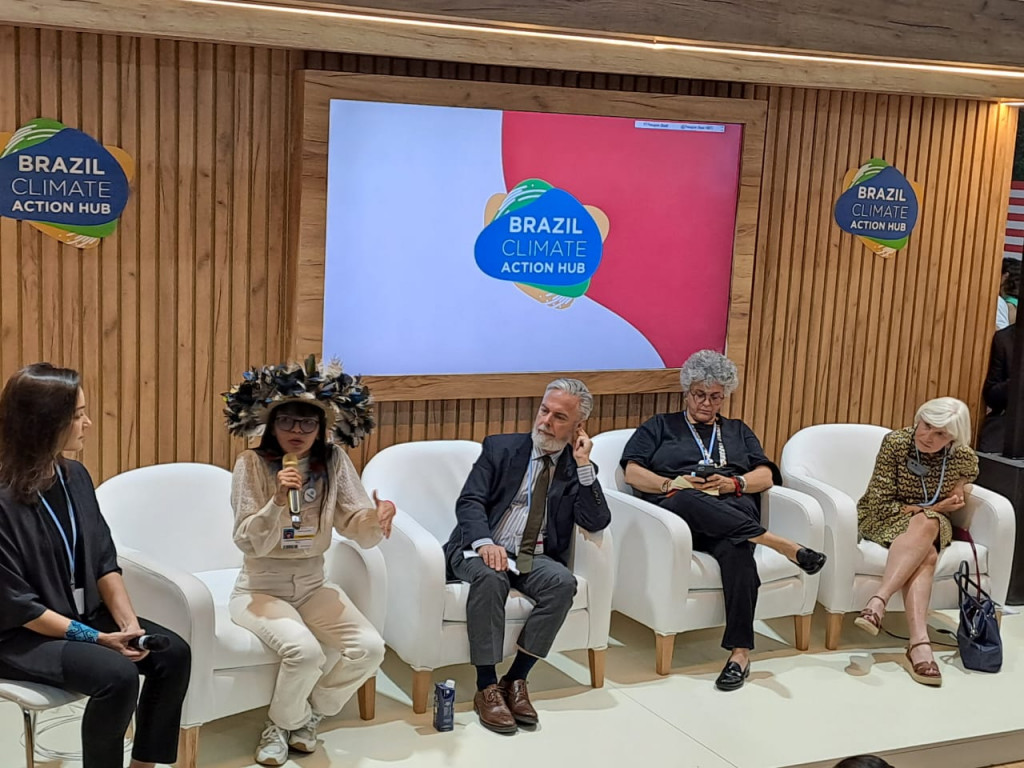 The Ambassador of Brazil to Egypt, Antônio Patriota, at the Brazil Hub | Credit: Marisa Bastos 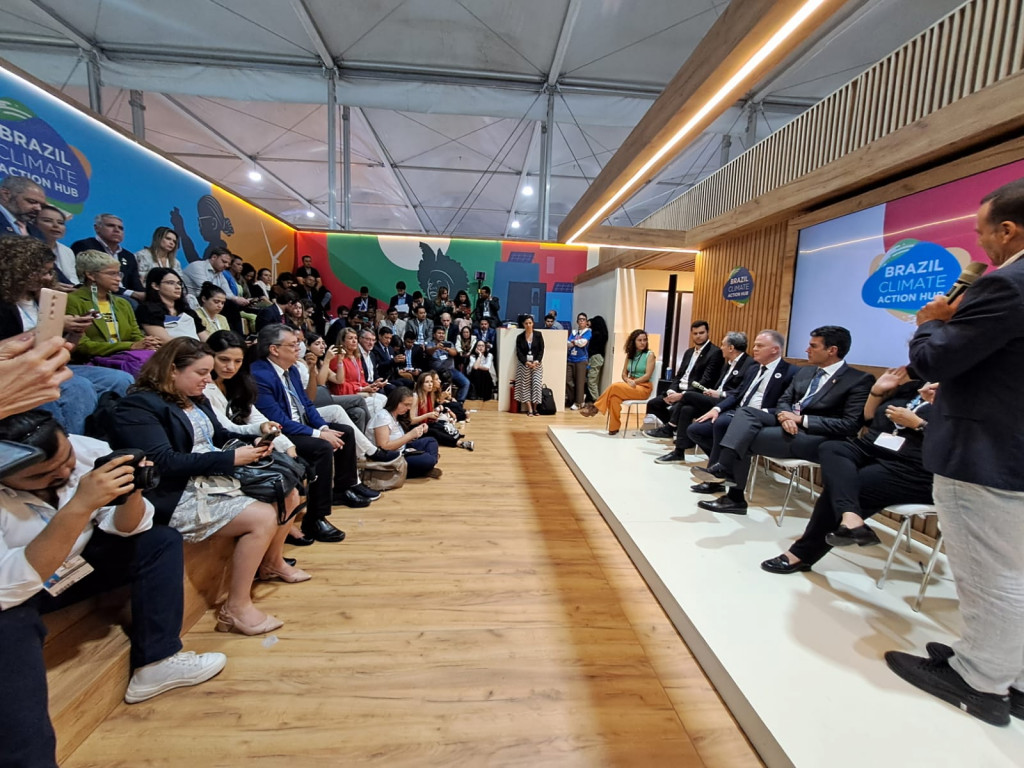 The members of the transition team of the new Lula Government also participated in the Brazil Climate Action Hub. On November 14, the event “New government: Brazil back in the climate game” brought together not only the transition team, but also allies of the new president-elect, such as former Ministers of the Environment, Marina Silva and Izabella Teixeira, and Senator Randolfe Rodrigues. At the time, documents and initiatives were presented to the participants by the society organizations, with the objective of recovering the leading role of Brazil in global climate governance and the proposal of specific actions for the reduction of greenhouse gas emissions and for the construction of a plan of fair and sustainable development for the country. 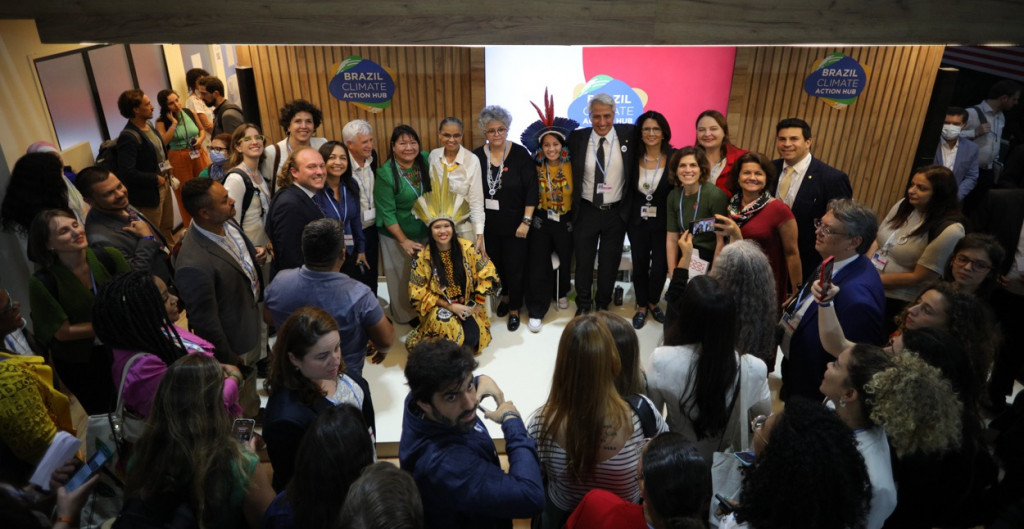